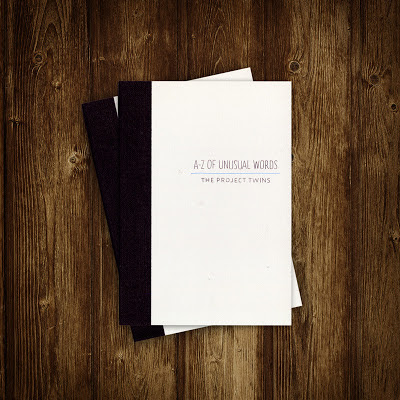 When my brother and I were little, we used to play a game where we would open our parents' large, leather-bound dictionary at random and hunt for words -- the odd, occasionally giggle-inducing words used so seldom that we wondered who invented them and why. We rifled through smooth, heavy pages and shouted our prizes to each other at the top of our lungs. Whoever found the strangest or the funniest word won. As an adult, sometimes I still catch myself obsessing over these curious, obscure words, words like cacography (bad handwriting) and autolatry (the worship of one's self), whiskerando (whiskered person) and mabsoot (happy), nelipot (someone who walks without shoes) and wanweird (an unhappy fate), yuke (to itch) and -- love this one! -- strikhedonia (the pleasure of being able to say 'to hell with it').

The Project Twins, also known as James and Michael Fitzgerald -- a seriously talented Irish graphic arts duo, have come up with a series of illustrations that visually represent rarely spoken and heard of words. 'A-Z of Unusual Words' defines the meaning of such words as imaginative, whimsical graphics.

Some of these words are veritable tongue-twisters, but they are also chock-full of awesome and so are the illustrations. Look! Look!!


ACERSECOMIC -- A person whose hair has never been cut. 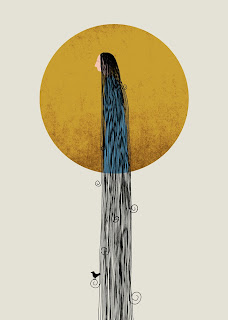 CACODEMONOMANIA -- The pathological belief that one is inhabited by an evil spirit. 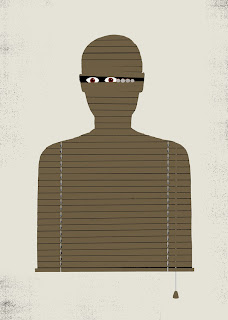 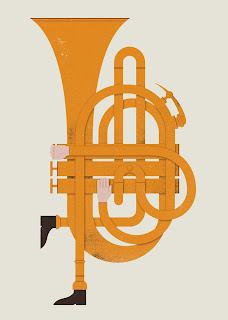 HAMARTIA -- The character flaw or error of a tragic hero that leads to his downfall. 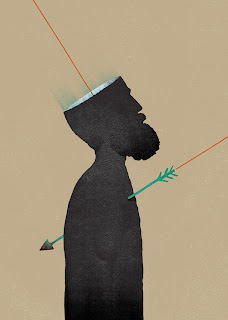 JETTATURRA -- The casting of an evil eye. 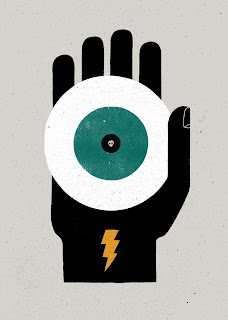 MONTIVIGANT -- Wandering over hills and Mountains. 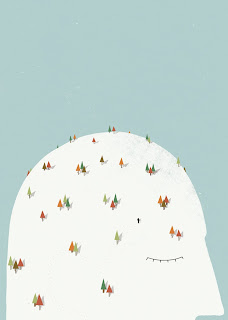 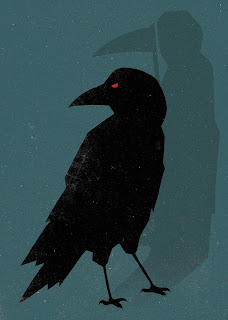 POGONOTROPHY -- The act of cultivating, or growing and grooming, a mustache,
beard, sideburns or other facial hair. 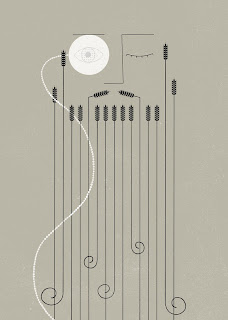 QUOCKERWODGER -- A rare nineteenth-century word for a wooden toy which briefly
became a political insult. 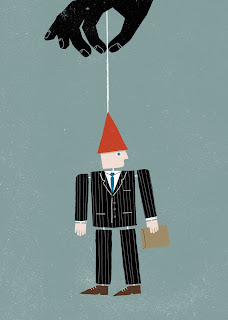 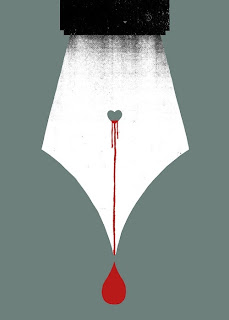 TARANTISM -- a disorder characterized by an uncontrollable urge to dance. 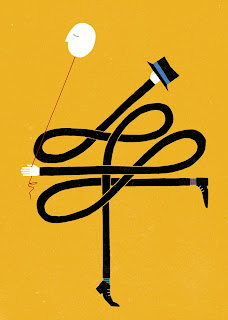 ULTRACREPIDARIAN -- A person who gives opinions and advice on matters
outside of one's knowledge. 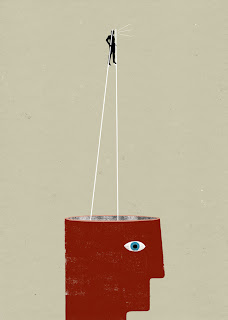 VERNALAGNIA -- A romantic mood brought on by Spring. 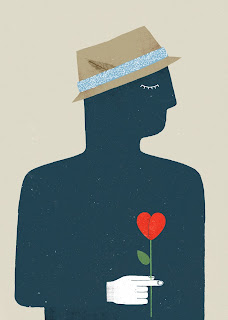 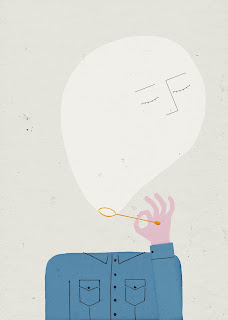 ZUGSWANG -- A position in which any decision or move will result in problems. 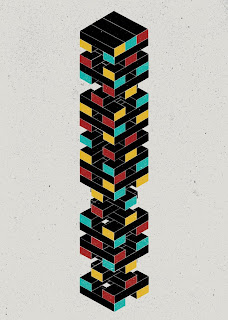