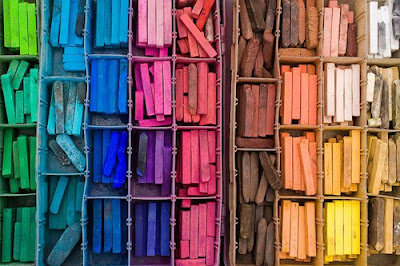 As children, most of us used to color sidewalks with soft, crumbly chalks. That need to grab a stick of color and start marking our surroundings, that joy from self-expression is something we might've inherited from the distant, murky time of caves and cave dwellers. As children we loved the powdery feel of chalk under our palms, and the lines that flowed from under our fingertips like silk from a spider, we used to revel in the sensation, we used to feel so much pleasure in the simple act of drawing on the pavement... But as we grew up, we also grew out of our childhood fantasies and, often, out of our childhood joys. Street painting festivals let us recapture that forgotten feeling of abandon, of freedom, of once again being a kid with rainbow-smeared hands and pure, overflowing joy of drawing from one's imagination.

Modern street painting hails from Europe. In Britain, pavement artists were called "screevers" from the writing style (often Copperplate) that accompanied the works of pavement artists since the 1700s. The works of screevers were accompanied by poems and proverbs, lessons on morality and political commentary on the day’s events. They appealed to both the working people of many, who (on the whole) could not read or write, but understood the visual images; and to the educated members of the middle-classes who appreciated the moral lessons and comments.

In Italy, such painters were called Madonnari. Madonarri were often poor soldiers returning from the military campaigns, who wished to express gratitude for their safe return by recreating images of the Madonna in front of the churches. Madonarri  were also itinerant artists who worked on the cathedrals and often recreated the paintings from the churches on the pavement in the hopes to earn a few coins from their audience or attract wealthy patrons. For centuries, many Madonnari were folk artists, reproducing simple images with crude materials such as tiles, coal, and chalk. Others, such as El Greco, would go on to become household names. In Germany, the artists were called a more prosaic Strassenmaler, literally -- street painter. 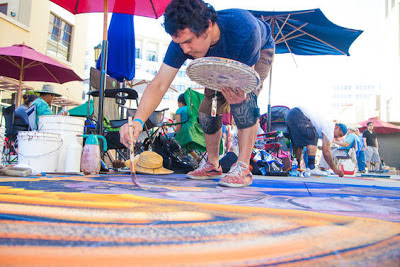 Pasadena Chalk Festival organized by the fantastic Light Bringer Project (a Pasadena-based non-profit organization dedicated to "building a community through the power of the arts and education." How awesome is that?) attracted over 500 Madonarri, screevers, Strassenmalers, chalk painters, in short -- versatile, original, wildly imaginative folk who used sidewalk as their canvas. It was wonderful to see the tradition of street painting alive and thriving, so many artists choosing to interpret something as boring and uninspired as pavement into colorful, joyful pieces of art. I saw adults and children alike get excited about the art -- from chatting with the painters to photographing their chalk masterpieces. Nice. 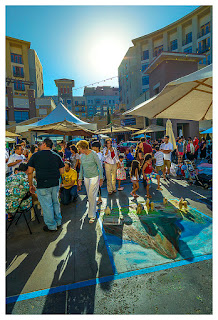 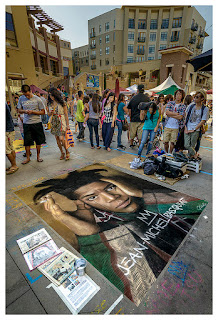 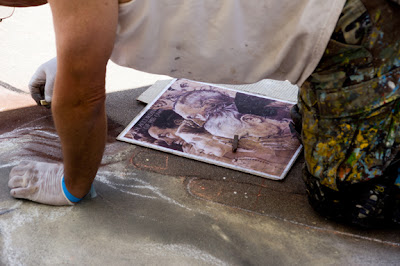 Troy and I decided to join the fun -- a term that can be only very loosely applied to standing on hands and knees in a sweltering sun! on a melting asphalt! -- and create pavement art of our own. We chose the cover for The Land of Joy and Sorrow as our piece and spent the next two days bringing it to life. It was a challenge, a grueling work, an incredible bonding experience, and, surprisingly, heaps and heaps of fun. When all was said and done; our faces sunburned and our bodies hurting in places we never suspected had muscle, this is what we created.

Our own sidewalk "masterpiece"... 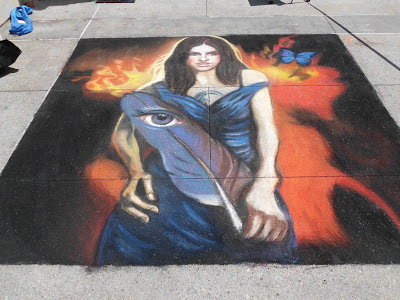 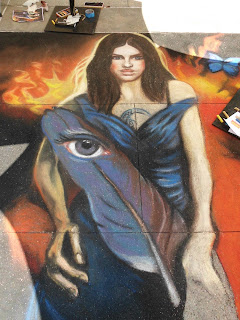 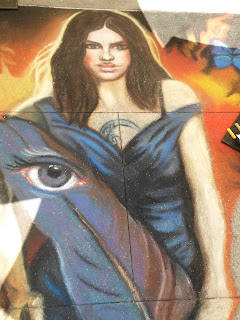 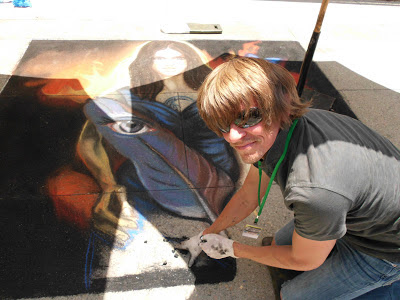 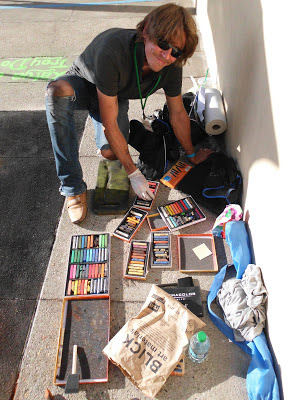 ...and here are some works by wonderfully, scary-talented chalk artists... 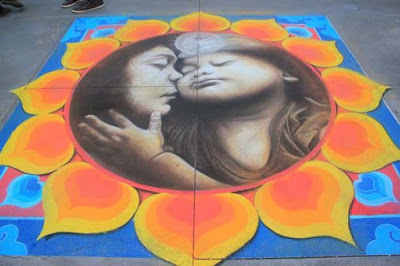 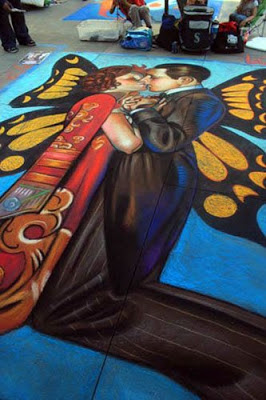 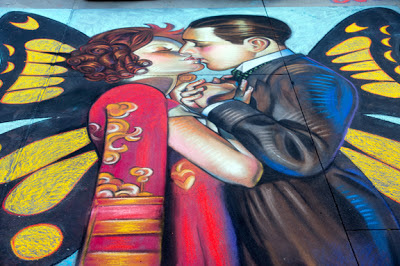 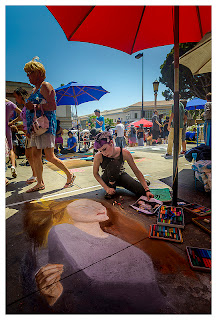 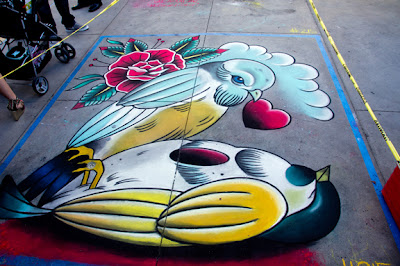 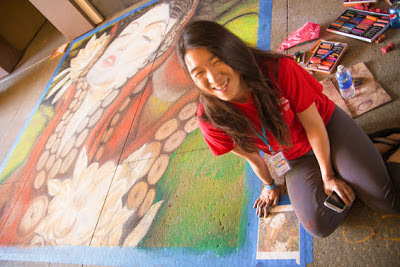 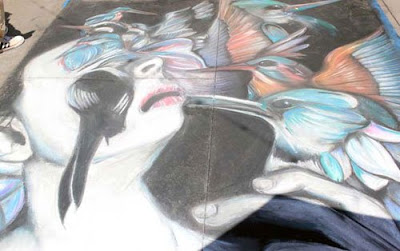