"Life -- the way it really is -- is a battle not between good and bad,
but between bad and worse." ― Joseph Brodsky

My first introduction to monsters came when I was four, my brother transitioning from an embryo to a fetus, and my mom dealing with bouts of tempestuous morning sickness and one over-inquisitive child. Hoping to temporarily stem my never-ending flow of questions, she gave me several of her large-format art books -- smooth, glossy pages, finely-printed reproductions, gold embossing, thick, oily smell of ink -- and I was silenced.

One of those books made an especially lasting impression, forever altering the way I saw story tale villains. It featured strange and fascinating art of Hieronymus Bosch -- pages after pages filled with bird-headed creatures and shark-toothed chimeras, leonine warriors and arrow-scaled beasts. Once I lay eyes on these grotesques, I couldn't look away; they terrified me, captivated my imagination, and, for the first time, made me want to fit images with a story. I glanced at the paintings sideways, out of the corner of my eye (to this day, I watch horror flicks askance) and made up my own tales for the strange creatures living side by side with humans. They were the villains and the heroes all at once, valiant and cruel -- I saw no contradiction in this -- a child's imagination is a thing innocent and savage. My monsters had as much claim to my fantasy world as the rosy-cheeked, auburn-locked heroes who often ended up eaten. Such outcome seemed logical. The heroes needed to grow teeth or be devoured. And the villains became the highlight of my stories.


Later, I discovered gloriously fantastic realms of Hans Christian Anderson, Brothers Grimm, Gogol and Tolkien, became aware of the dark battles in the anthologies of Indian, Celtic, German, Russian Chinese, Finnish and Scandinavian myths. And as I immersed myself deeper into these worlds, I loved their noble, often doomed heroes with all of my heart, but I loved their villains more. Because, as the whetstone  sharpens the blade, so the villains make the heroes more compelling, their struggle truly epic.

There are many types of villains in YA literature -- thoroughly disgusting, vile monsters and sympathetic, misunderstood souls; evil, scheming masterminds and cruel brutes spattered in blood of their victims; clever tricksters who win a sort of grudging respect with the readers and power-hungry tyrants who elicit nothing but revulsion. But the highest echelon of villainy belongs to those striking characters who are able to thoroughly appall us, while secretly, privately sparking a flicker of recognition as we examine our own deepest selves. Because even as we imagine ourselves as heroes, there's a tiny spark of villainy inside us, too. This quote says it best:


"Nobody is a villain in their own story.
We're all the heroes of our own stories." ― George R. R. Martin


Oh, how I love me a good villain. They are the spice that gives the story its flavor, that makes you sweat with dread, or tremble with tension, or look at the page askance, or whatever it is you do when reading a book with a truly powerful villain. Because, monsters done right are just so good! And so much fun! Not to mention how a well-written villain adds depth to your struggling hero, reflecting him or her like a distorted dark mirror.

5 tips for creating a memorable antagonist:

5. Darkling from Shadow and Bone by Leigh Bardugo

Ah, Darkling. An ancient sorcerer who plans to bring peace to his land by threatening the world with unspeakable horrors, Darkling is a misunderstood and troubled figure. His followers adore him, while his enemies and compatriots alike tremble at the mere mention of his name. He is ruthless, cunning, powerful and will stop at nothing to achieve his goals. Did I mention he is also devastatingly handsome in that brooding loner boy kind of way?
"Fine,"says Darkling. "Make me your monster."
(Don't mind if I do.)

4. King Leck of Monsea from Graceling 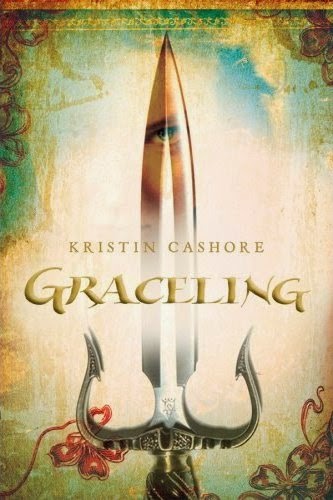 Now, here's a real twisted piece of pure, unapologetic evil that would give Lord Voldemort a run for his money. A sociopath who uses his Grace to manipulate or mutilate others, Leck hurts animals and children and hides his wickedness under a guise of benevolence. He is nearly a caricature of all things depraved, without so much as a shred of goodness in his dark, poisonous soul. A truly monstrous man gone far beyond redemption. 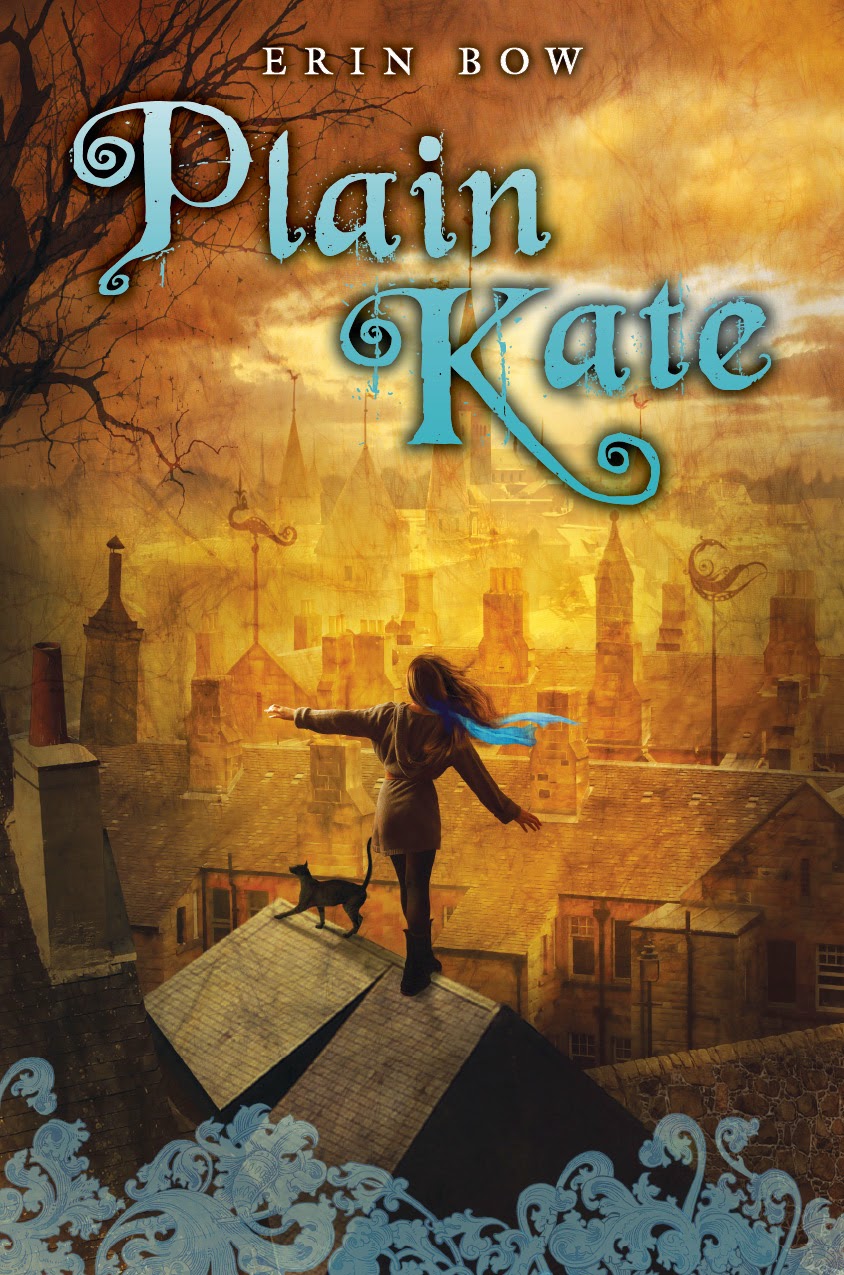 A wretched, tragic villain that tugs at your heartstrings, Linay reminds me of Kalevala's Kullervo. He tricks Kate, the book's heroine, into giving him her shadow, which he intends to use to work some very dark, nasty magic, but...his end goal is wrought not out of evil, but of heartbreak and long-suffering. He is an ambiguous, conflicted character with a bitter history and complicated motives for what he does and, at times, almost makes you sympathize with his plight. He is kind to Kate and in his own way seems to genuinely care for her, yet he has no qualms in using her in his quest for vengeance and doesn't mind sacrificing innocent lives to achieve his goals. Nuanced, tormented and flawed in a compellingly human way, Linay is definitely, my kind of baddie!


2. Razgut from Daughter of Smoke and Bone Trilogy by Laini Taylor 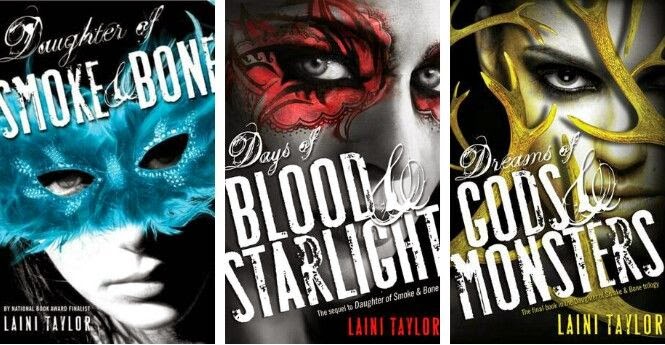 Laini deserves special praise for bringing to life some of the most vivid, twisted and memorable villains I've had the pleasure of experiencing in a story. They are deliciously layered -- never simple cardboard scarecrows, but flesh-and-bone beings torn by their desires and ambitions. This book has not one, but several rather memorable antagonists. I don't want to leak spoilers for readers who haven't read the books, so I'm only going to talk about one of Laini's villains -- Razgut. Razgut is a fallen seraph, yearning to bring about the destruction of the world. A creature with a deformed, bloated face, shreds of broken wingbones protruding between his shoulder blades and a tongue he uses to taste others (Aaaaaghhh!), Razgut is creepy, lecherous, crafty and deceitful. Best of all, he is not a mindless monster, but a desperate being, driven by a violent need, whose story is steeped in heart-aching longing for his homeland and unspeakable betrayal.

1. Captain Kennit aka King of the Pirates from The Ship of Magic of Liveship Traders Trilogy by Robin Hobb. 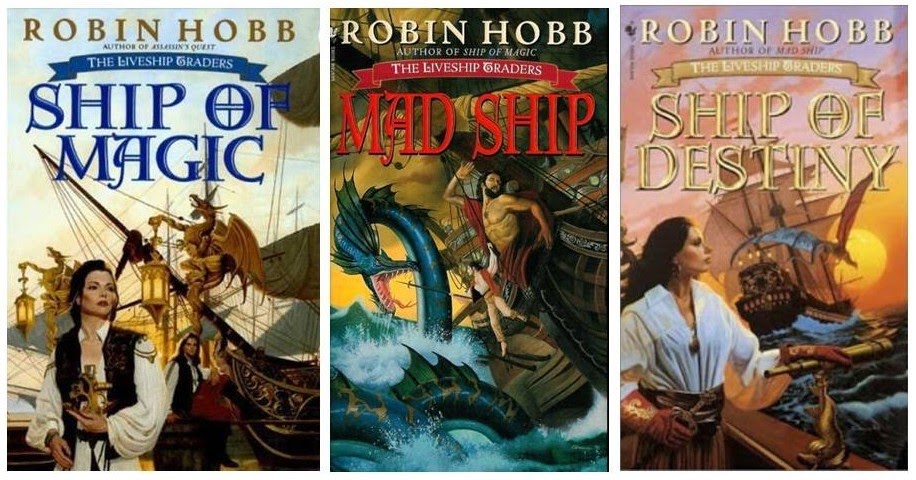 Oh, Kennit, he is by far my absolute favorite villain. (I do like me a pirate!) Pompous, hilarious, heroic, cruel, vain, selfish, broken, conniving -- the list goes on and on -- Kennit is a study in contradictions. The best bits of novels come, when the self-proclaimed Captain of the Pirates unintentionally shrouds himself in legend and becomes the hero of the people, all through fortuitous distortion of events and gross misinterpretation of his actions by those around him. Brilliantly written!

Who's your favorite villain?